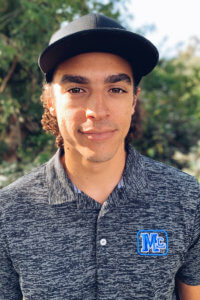 James graduated from California State University San Marcos in 2016 with a Bachelor of Science in Business Management. He has been working in the Renewable Energy industry as an Estimator for the last three years. His favorite part about working at M Bar C is being part of a close-knit, dedicated team along with the widespread focus on family throughout the company. He states that the best part of his job is the feeling that his hard work has paid off when his team lands a project that they have been deeply invested in.

When James is not working, you can find him spiking volleyballs on the beach in Carlsbad and shredding down the mountains on his snowboard.