With an impressive 20 plus year history in the Marine Corps to receiving his MBA with an emphasis in Supply Chain Management, it is no surprise that Art Tucker was the top pick for M Bar C Construction’s Warehouse Manager. 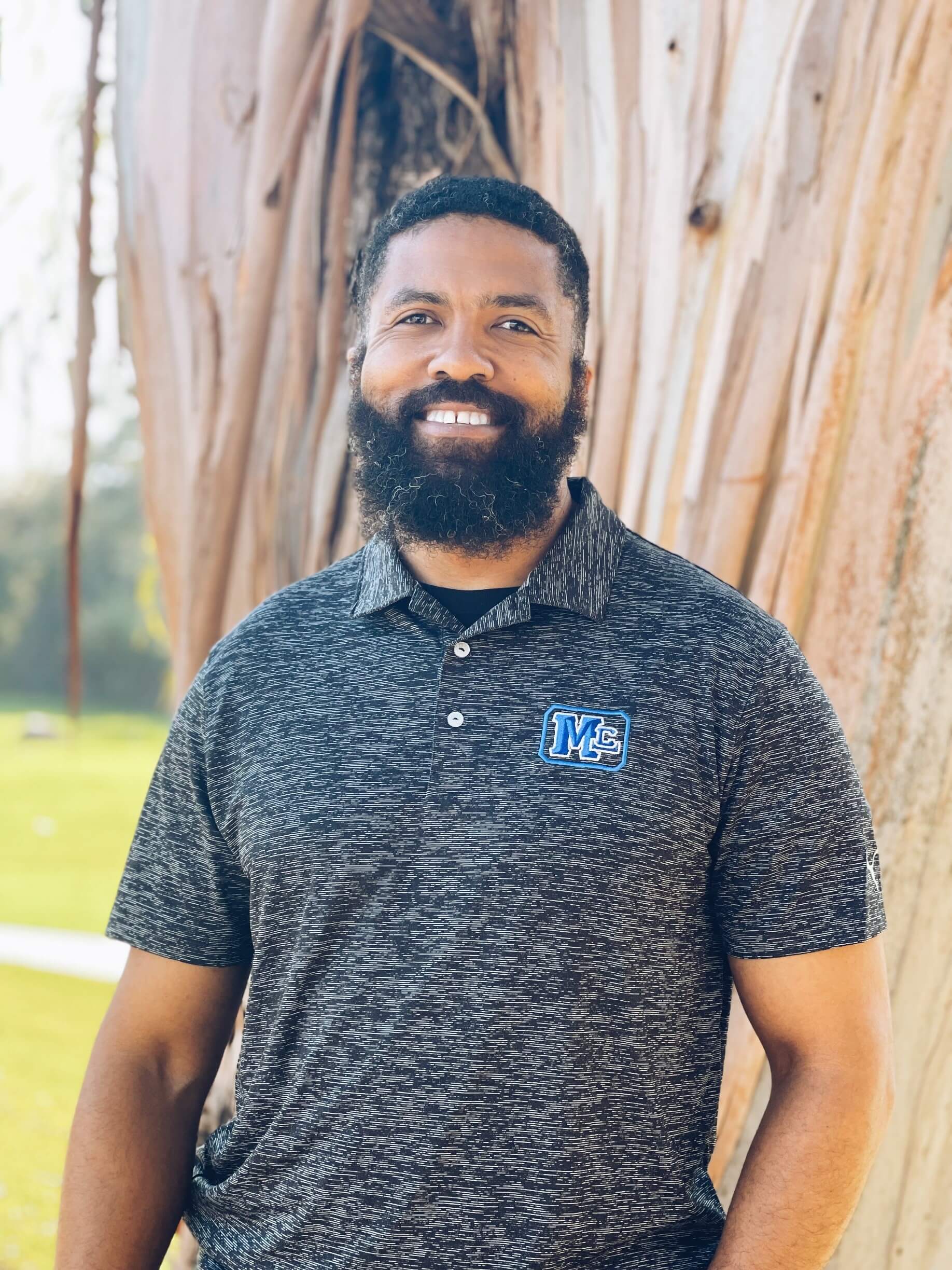 Art Tucker was raised in Pittsburgh, PA, and aspired to be a chef in France. He took French and Home Economics all through High School. Just as luck would have it, that would not be his path at all. His whole life changed the day a recruiter knocked on his door.

“This Marine Corps recruiter showed up at my door, looking for my stepbrother. The next thing I know, I am out here in Southern California. My cuisine changed up a bit, and I started this new journey. Hello, Marine Corps.”

After retiring in 2014, Art decided to move back to Southern California to pursue his career passion in a climate that he preferred. Throughout his military career, he was stationed at Camp Pendleton, Marine Corps Recruit Depot San Diego (MCRD), Okinawa, Japan, Mt. Fuji, Japan, Al Asad Airbase, Iraq, and ending in Quantico, VA.

In November of 2020, Art Tucker officially joined the M Bar C Team. While researching M Bar C, he became drawn to the company values. With his twenty-plus years of military background, he decided to bring the value of the Marine Corps with him and utilize his knowledge with his new position.

“In the Marine Corps, our values are Honor, Courage, and Commitment. Any time you talk to any Marine and ask them what the Marine Corp’s values are, they will tell you just that. Our values are ingrained in us on day one. We have our ‘leadership principles’ and ‘leadership traits.’ For team leadership traits; justice, judgment, decisiveness, initiative, dependability, tact, integrity, enthusiasm, bearing, unselfishness, courage, knowledge, loyalty, and endurance. When researching M Bar C Construction prior to my first interview, the M Bar C Values on the “About Us” page was reminiscent of the Marine Corps.  When you picture all those traits and think of the Marine Corps values, it encompasses that of M Bar C’s, which drew me to the company. I was like, “I think we were made for each other.”

With one foot grounded in supervising and implementing new procedures and the other grounded in M Bar C’s values, Art is the anchor to future processes and developments logistically for M Bar C.

True to his nature, Art runs the warehouse with a military state of mind. He believes that there is always room for change and for growth. He stands behind his trainings. Especially, Lean Six Sigma, which combines two of the most popular quality management methodologies; Lean’ for its ability to handle waste and to identify and eliminate sources of waste and activities that do not add value to create maximum productivity. Six Sigma is a proven systematic approach to improve measurable results for any organization and Six Sigma’ known for process improvement. This methodology has been integrated into the U.S. military for over a decade and the U.S. Dept. of Defense has implemented Lean Six Sigma to achieve the highest level of cost-wise readiness.

“I have grown. I have an opportunity to make my green belt in six sigma, but it also comes with other project management areas of study. It is very in-depth and very painstaking. The goals and standards I set allow me to break through and have a new set of goals every year. Lean Six Sigma is a methodology of process improvements. Most companies that utilize this have grown exponentially and have seen an aerate going from 95% to 99%. It is my background study.”

Running the warehouse with the state of mind of achieving maximum productivity all while overseeing waste efficiently and finding ways to cut costs all while implementing effective strategies makes Art Tucker a valuable employee.

Art’s role as Warehouse Manager balances the line between supervising the process of shipping and receiving materials to job sites, internal tracking, inventory control, and being the liaison to the office. The benefits that the role Art plays as Warehouse Manager provides for M Bar C Construction are clear and that is the ability to accept change and grow constantly. That is what M Bar C strives for:

When Art is not working, you can find him exercising, riding his mountain bike, or in the gym lifting weights. He enjoys taking his dirt bike and his quad out to the desert. Riding motorcycles and dirt bikes is a passion that he has enjoyed since he was young.