The legacy that follows Trinidad Lopez is grounded in his outstanding work ethic, his infectious positive attitude…

If you’ve spent time working for, working with or in the halls of M Bar C Construction, you know Trinidad Lopez. Although Trinidad’s (Trini) 15-year tenure at M Bar C is a driving force behind his name, the legacy that follows Trinidad Lopez is grounded in his outstanding work ethic, his infectious positive attitude and the likelihood of him greeting you with a hug versus a formal handshake. Raised on a thoroughbred bred horse farm in Murrieta, California, Trinidad never envisioned himself going into construction. “All I knew was horses. I was born training horses.”

15 Years in the Making

Over 15 years ago, Trinidad found himself needing a change, and shifted from horse training to playing competitive pool; “I just needed a change and I was good at pool. I was making a living playing in competitive pool tournaments throughout the country.” But competitive pool wasn’t the only change that destiny had in store for Trini;

“At the time, my friend worked at M Bar C Construction and kept bugging me, to come help. I told him ‘I’ll come work with you for a couple of weeks.’ I worked at M Bar C for a month, in the field with Jason Ianni (M Bar C Construction President and CEO). One day after we were wrapping up the job, Jason came up to me and gave me the address for the next week’s job…and I hesitated because I hadn’t planned on coming back the next week. But Jason saw the look on my face and said ‘Trini, do you not want to work with us?’. I explained, ‘Well, this was going to be temporary, I have some other things lined up…’ and Jason said to me ‘Trini, we would really like for you to work for us.’ So I said ‘Okay. See you Monday. I just never left M Bar C since that day.”

When Trinidad Lopez started at M Bar C, he recalls only having four or five laborers on the team. “I got lucky when I started working here because fifteen years ago we had just started taking on solar projects-and since then, it just hasn’t quit.” Trinidad has a point, over the last 15 years, solar has grown exponentially. In 2005 solar installation within the United States was around 105 mW. Comparatively, in 2018, the Unites States installed approximately 10.7 GW of solar energy.  California, which is accountable for a majority of M Bar C Construction solar installations, is leading the country with around 19% of our electricity generated from solar.

Trini began his career at M Bar C as a Laborer and today holds the position of Lead Forman, “I like building, I enjoy what I do. I like working hard and seeing actual results from that hard work.” Some of Trinidad’s favorite projects throughout the years include the Bus Yard for the Lake Elsinore Unified School District. This 799 kW solar carport system was installed in 2016 and met specific height and space requirements set by the school busses that are housed beneath it. Additionally, Trini recalls how important it was for him to be on the crews that performed the DSA solar carport installations for the Murrieta Unified School District, “It was important to me to install solar carport structures in the city I grew up in.” 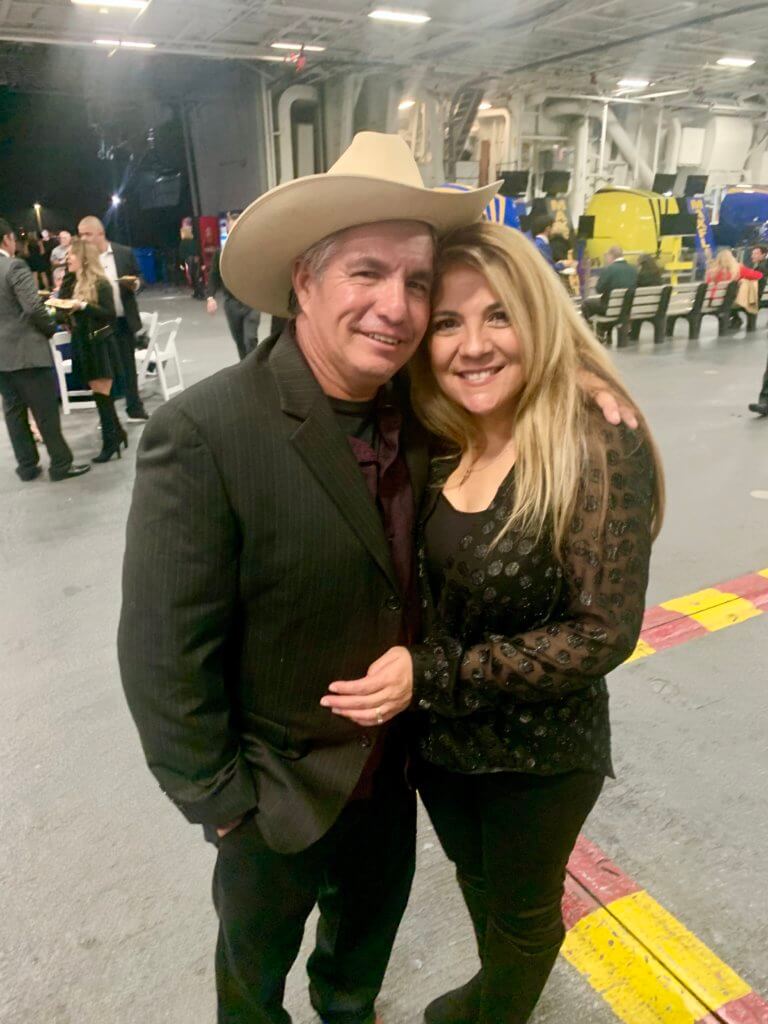 “When Trinidad Lopez started, he was and still is a dedicated family man, always working hard to provide for his family.  He’s proud of his family, from his father to his grandkids.  Eventually, Trini referred his brother in law and then his son. He then began referring other people he knew and encouraged them to work at M bar C Construction. Then those family members also started referring more family and friends, and we happily brought them on as well.  This is one of the reasons I feel this is a family-run company.  Not just because I am a family man and want the company to reflect that, I feel everyone is invested in the concept of a family working together. Having long-time employees, encourage their fellow family members and friends to join them at M Bar C, is a powerful testimony to the culture that we have created here.”

Jason continued; “I have had the pleasure of working very closely with Trini and we’ve always had a little fun competition pushing ourselves to be better. Today, Trini is one of the Lead Foremen and my brother who also works here had the pleasure of working under Trini’s direction and was able to learn from Trini, completing this longstanding circle of a family working alongside and with each other at M Bar C Construction”.

When Trinidad isn’t working, you can find him and his family fishing and camping throughout Southern California. “Above all else,” Trinidad explained “I love what I do. I love building these structures. M Bar C Construction has been really good to not just me, but also to my entire family.