As one of the key developers and Project Manager of the powerhouse M Bar C DSA carport portfolio, it’s hard to imagine that just six years ago, Andrew Lee joined the M Bar C Construction family as a “temp”. As a temp working for the San Diego staffing agency; Aerotek, Andrew originally acted as a “Junior Estimator”. He worked his way to becoming an official M Bar C staff member as an Estimator in only 6 short months. Since then Andrew’s role has shifted and developed through various branches of M Bar C. From Estimator to Assistant Project Manager, to now Project Manager, Andrew’s professional growth at M Bar C is substantial. 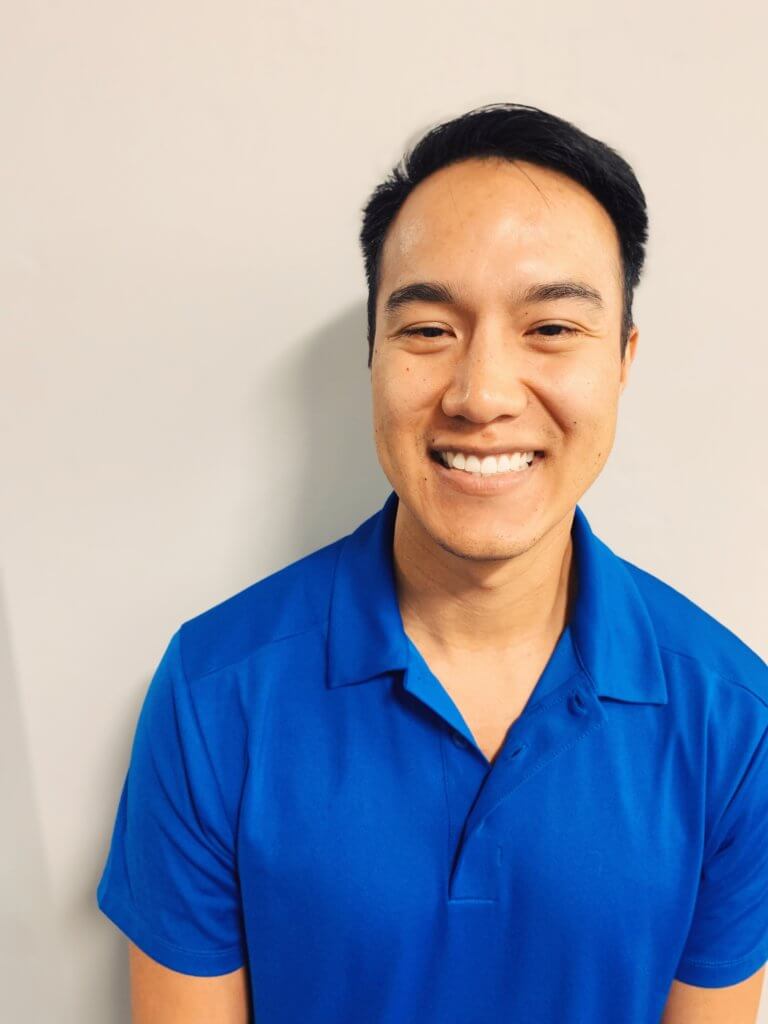 When Andrew first joined M Bar C in 2013, he was a recent graduate of UCLA and fairly green to corporate culture. His supervisor at the time, Erik Krivokopich (Vice President of Business Development), committed to further developing Andrew. “I was 23 when I first joined M Bar C. Erik, was very gracious in training me and coaching me in how to behave as a professional person. I believe this laid the foundation for my growth at M Bar C. It’s still something I’m cognizant of and continuously developing in” Lee explains. As his role matured, he shifted departments and is now working under Michael Patterson (Vice President of Operations). Andrew Lee shared what makes his current role so enjoyable, “Michael allows us to make decisions on our own and set’s us up for success by being clear in his expectations. If we are making decisions within those guidelines, he’s going to back us up. His leadership allows us to create innovative approaches to processes that we might not have considered prior.”

As Andrew looks back on his history at M Bar C Construction, the biggest stand out for him is the amount of growth and expansion M Bar C has experienced. “When I started in 2013 we had only a couple of dozen office employees. But now our offices hold around 80 employees. In the five years I’ve been here, it’s crazy the amount of growth we’ve experienced. And it’s not just growth in the number of people, it’s been the development of our scope. We’ve taken on new aspects of our jobs, from temp fencing to panel install, what we do now was unheard of 5 years ago.”

Over the past six years, the San Diego International Airport project is a highlight for Andrew. During that project, Andrew Lee worked as the Project Manager and partnered with Jordan Saddington in Estimating that site. Andrew holds great pride in the DSA carport and DSA structure portfolio that he has had the opportunity to partner with Greg Jones (Shade Structure Sales) in developing.

When asked about Andrew’s development at M Bar C, Michael Patterson shared, “I have enjoyed being involved in Al’s (Michael’s nickname for Andrew) growth from his Estimating experience here at M Bar C to becoming a successful project manager for us but also as a department manager (project engineering). I won’t say that my work is done with him but I will say that Al is very coachable and always welcomes my mentoring. Not only is he eager and anxious to learn and grow as a manager, but Al’s background in engineering also brings a breadth of computer and other technical acumen that has proven to be incredibly valuable to the enterprise. Additionally, he is not reticent to volunteer in support.”

Andrew’s professional growth and development at M Bar C go beyond just his current role. “I’ve been pushed to develop a lot and I think that’s because my managers have been truthful and focused on my development. I think that’s more a testament to them as managers versus me as an employee. I’ve learned, to never be afraid of feedback, even if it’s negative. Thrive within the kind of honesty that comes with true feedback. You should want to know what your blind spots are and what to work on. There’s no way you can get better without hearing those things from someone who has realistic goals for you. There’s the honest motivation behind your team wanting you to be better because it helps make everyone better.