“The M Bar C Values Award is similar to an Employee of the Year Award for most companies, but for us, this award is for the individual who consistently exemplifies our Company Values of Family, Integrity, Commitment, Quality, Growth, and Leadership. Some short examples of our Values are as follows; they must respect one another like family, have integrity by always doing what is right, be committed to excellence and performance, take ownership in the quality of work that built our reputation,  be willing to embrace change and growth corporately and individually, and lead by example by being accountable for our actions good and bad.  This is the highest award within the M Bar C Corporation for all departments and divisions.  Anyone who wins this should be honored because all of the employees are eligible and there is also an executive consensus on who it should be.”

Debbie Christensen joined the M Bar C Construction Family, after working at the San Onofre Power Plant for 26 years. When the San Onofre Power Plant began to close, she worked briefly at another company before an M Bar C employee reached out to her about joining the M Bar C team. Debbie initially joined M Bar C Construction as a Procurement Specialist in February 2017. Her professional value, vast skills, and notable integrity were quickly recognized when after only five weeks of employment her boss moved onto other opportunities and Debbie didn’t hesitate to step in and fill any gaps she could.

Since her employment Debbie has shown leadership while repeatedly risen to meet the needs of the company and the team around her. She has selflessly committed to taking on additional roles such as helping lead the Event Committee which encourages and strengthens company morale. Debbie also helped organize the Peanut Butter Drive and Military Outreach which allows M Bar C to meet the needs of families within our community. When asked what makes her want to take on these various programs and tasks Debbie responded “I like organizing. I like seeing people having a good time. I like helping people.” In October 2018, Debbie was promoted to “Senior Procurement Specialist”.

It goes without saying that Debbie was the obvious choice for the 2018 M Bar C Values Award. Debbie’s generous willingness to go above and beyond at M Bar C, while also constantly developing and excelling in her role is a powerful and far-reaching example to fellow team members. Debbie brings a consistent level of positivity, joy, and respect into the workplace. Debbie and all that she represents is truly a precious asset to M Bar C Construction.

In Debbie’s free time she enjoys riding her horse, a Missouri Fox Trotter named Princess. She and her husband live in Fallbrook, California, they are members of a Camping Club that camps throughout Southern California, in which she is the acting Club Secretary. 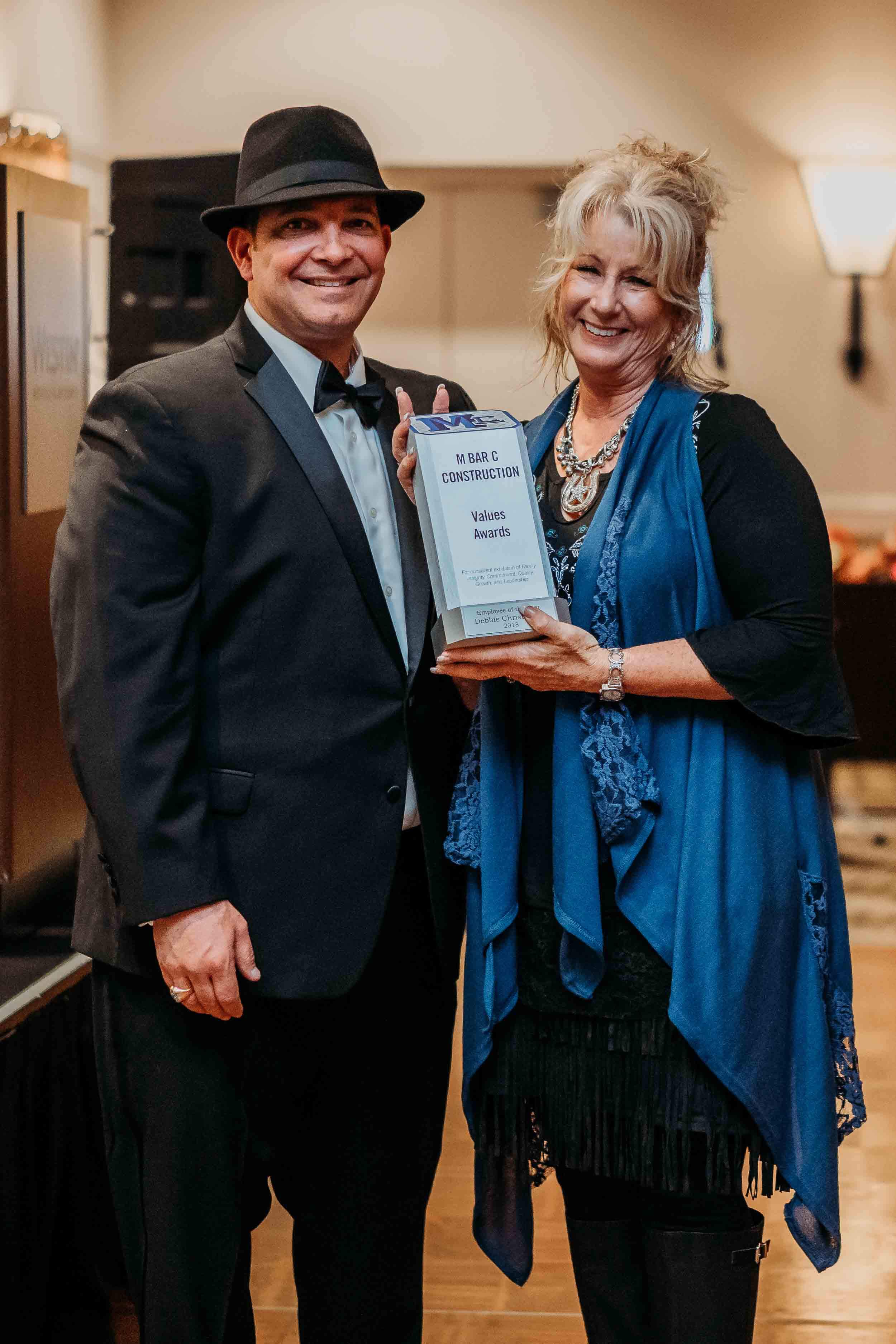